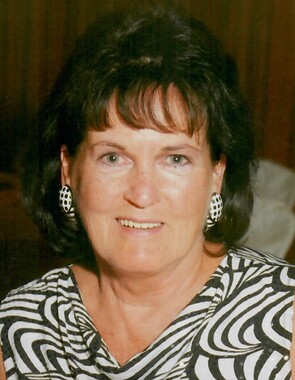 Back to Patricia's story

Patricia L. Modderman, "Patti", was born November 10, 1940 in Saskatoon, Saskatchewan, Canada to Casey and Patricia Bonn. She was joined by the birth of her brothers, Terry and Richard, when she was six years old and they moved to Vancouver, BC where she started first grade. A few years later the family moved to Portland, Oregon and became naturalized citizens. She was later joined by her sisters, JoAnn and Janice. Patti attended elementary school in the Portland area and graduated from Saint Mary's Academy in 1958. After the birth of her daughters, Margie and Teena, she started with Safeway Stores in Portland in the purchasing department, typing purchase orders. After the birth of her son, Richard, she continued her career in the advertising department. In 1972 she met Dave Modderman. They were married in 1973 and moved to Fremont, California where she continued her career while raising a blended family of five children which included John and Stacey, all teenagers. She retired in 1999 as the Director of Inventory Management of the San Francisco Safeway Division.
Patti and Dave retired to Rancho Mirage, California and lived in Rancho Las Palmas Country Club where they were both involved with playing golf and Patti became the President of the Lady's Golf Association. After five years there they decided to move closer to their children and moved to PebbleCreek Golf Resort. Patti passed away on January 2, 2020 from complications of surgery.
Patti is survived by her husband, Dave Modderman; daughters, Margie Brito, Teena Hildebrand, and Stacey Munsell; sons, John Modderman, and Richard Modderman; eight grandchildren, four great-grandchildren; brother, Terry Bonn; and sisters, JoAnn Taylor, and Janice Fisher. She was preceded in death by her parents, Casey and Patricia Bonn.
A memorial service will be held at 1:00 pm, Tuesday, January 28, 2020 at the PebbleCreek Eagles Nest Ballroom, 3645 Clubhouse Dr, Goodyear, 85395. In lieu of flowers, the family suggests that donations be made to the Agua Fria Foodbank by mail at: Association of Arizona Food Banks, 340 E Coronado Road, Ste 400, Phoenix, AZ, 85004-1524 or online at http://www.azfoodbanks.org/index.php/donations/. Condolences for the family may be left at http://www.thompsonfuneralchapel.com/obituary/patricia-l-modderman/.
Published on January 14, 2020
To plant a tree in memory of Patricia L. Modderman, please visit Tribute Store.

Plant a tree in memory
of Patricia

A place to share condolences and memories.
The guestbook expires on April 13, 2020.