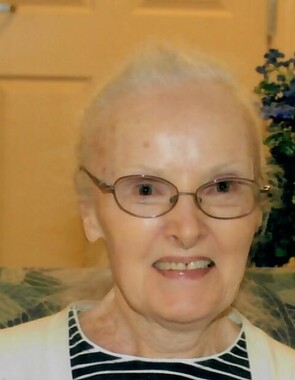 Back to Patricia's story

Patricia Naylor Howse, age 97 of Litchfield Park, AZ died November 16, 2019 in Litchfield Park, AZ. She was born October 22, 1922 in San Diego, CA to George and Florence Naylor. She graduated from John Marshall High School, Los Angeles in 1940, and attended Los Angeles City College. In March 1943, she married Benjamin M. Howse, a pilot in the US Air Force. After World War II they moved to many different military posts, including Athens, Greece; San Antonio, TX; Valdosta, GA; and the Pentagon. Ben was promoted through the ranks to become a full Colonel, and retired from the Air Force in 1969.
The couple first moved to Padre Island, TX, and then returned to southern California and settled in Fallbrook where Pat served as Senior Warden at St. John's Episcopal Church. She became active in the Diocese of San Diego, was elected to the Standing Committee, Diocesan Corporation and three times elected as Delegate to General Convention.
In 1997 Pat and Ben moved to PebbleCreek in Goodyear, AZ and joined St. Peter's Church where Pat served on the Vestry. In 2010, they moved to La Loma Village.
Pat is predeceased by her husband, Ben and her youngest daughter, Debb Robison. She is survived by her daughter, Jennifer Howse, Cold Spring, NY; two granddaughters, Jenna Raniowski (Marty) Mechanicsburg, PA; and Emily Mulvey (Matt), US Military Base, Okinawa; five great-grandchildren, Declan, Anya, Samuel, Dean, and Eleanor, and her brother, Douglas Naylor.
Her ashes will be buried in St. Peter's Memorial Garden beside Benjamin, her husband of 67 years. Condolences for the family may be left at www.ThompsonFuneralChapel.com.
Published on November 20, 2019
To plant a tree in memory of Patricia Naylor Howse, please visit Tribute Store.

Plant a tree in memory
of Patricia

A place to share condolences and memories.
The guestbook expires on February 18, 2020.