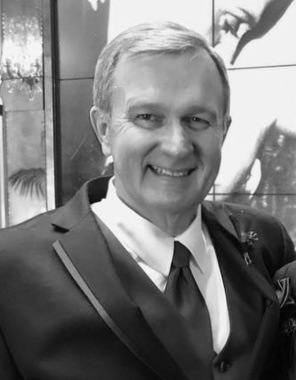 Back to Michael's story

Michael Kelly, age 66 of Buckeye, AZ died December 24, 2019, in Buckeye, AZ. He was born October 4, 1953, in Corona, CA, the youngest of two sons born to Ronald and Blanche (Miller) Kelly. He graduated from Huntington Beach High School. A self-made man, Michael began working as a mechanic in a construction company at the age of 17. His ingenuity helped him to advance quickly within the company. He enrolled in college while in his forties and graduated from Pepperdine University. He went on to become the owner and president of Sukut Construction Equipment and Parts and vice-president of Sukut Construction, Inc.
A visionary man, Michael's resourcefulness allowed him to achieve his aspirations. He retired early to live his dream life on the beaches of Kona, HI. Once there, he spent many hours volunteering and became the President of the Rotary Club. Life in Hawaii taught him how to give back. His sincerity and warmth included everyone he met. He had a genuine, infectious laugh that immediately made you feel good. He loved to play golf and used the time on the golf course to make memories with friends. He was a member of a golf club in Verrado that boasted, "We may not be the best of golfers but we are the best of friends."
Michael loved boating, flying his Cessna, waterskiing on the Colorado River, and lying on the beach. He was always organized, prepared, and willing to do anything for his friends and family. His love for his family was demonstrated in the careful way that he planned and cared for their every need and desire. He is survived by his wife, Tammy Kelly; daughters, Allison (Kelly) Matsuo, and Alyssa (Kelly) Engelson; son, Todd Kelly; and seven grandchildren. He was preceded in death by his parents, Ronald and Blanche Kelly, and his brother, Danny Kelly.
A memorial service will be held at 1:00 pm, Sunday, January 19, 2020, at the Verrado Golf Club. Condolences for the family may be left at http://www.thompsonfuneralchapel.com/obituary/michael-kelly/.
Published on January 6, 2020
To plant a tree in memory of Michael Kelly, please visit Tribute Store.

Plant a tree in memory
of Michael

A place to share condolences and memories.
The guestbook expires on April 05, 2020.

Patty Miltenberger
So sorry for your lost, Mike taught me so much about the construction business and made working a lot more fun. Prayers for you and your family
View all