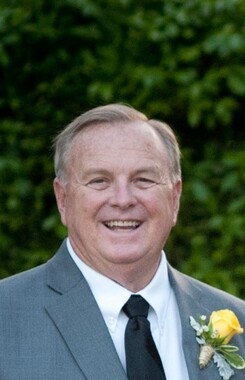 Back to Larry's story

Larry Ragsdale Larry Ragsdale, 71, passed away on 11/15/19, after an illness, the result of complications from exposure to Agent Orange. Larry was born in Dinuba, California in 1948, to June and Henry Ragsdale. He grew up in Dinuba and attended high school there. After high school graduation Larry joined the U.S. Air Force. He served honorably for four years and was a very proud Vietnam era veteran. While at Luke Air Force base he met his future wife, Gina, and for both it was love at first sight. They were married in 1972, and shared 47 years together. After his discharge Larry attended ASU, graduating cum laude in 1972, with a B.S. in agriculture. Following graduation, he farmed with his father-in- law for many years in Buckeye and then went on to become the director of prison farms with the Arizona Department of Corrections. His most current employment was with the Office of Veteran's Affairs in Phoenix. Gina and Larry shared a love for buying and fixing up houses and since the early years of their marriage have successfully maintained a home rental business in addition to both of their careers. Larry and Gina retired recently and have enjoyed many vacations to Pismo beach with their children, grandchildren and great granddaughter. They have also taken long awaited cruises and have tried to find absolutely every Chinese restaurant within a three state area. Larry and Gina were blessed with three beautiful daughters, Florence (Roy) Simmons, Lisa (Tim) Wright, and Virginia Mike) Valdez. They continued to be blessed with eight incredible grandchildren, Cody (Jordan), Chase, Colter, Kayden, and Mason Simmons, Paul and Luke Wright, and Bensen and Beckett Valdez. Their grandson Cody and his wife Jordan gave them a beautiful great granddaughter, Addy, who absolutely adored her great granddaddy. Larry is survived by his brother, Don, who currently lives with his wife Tootie in Montana. They were all close and loved to travel back and forth for family visits. Larry is also survived by two step sisters, Jeanne Brown and Kathy Thiessen who also remained close with visits back and forth. Larry is survived by this loving family as well as numerous nieces and nephews. He was very loved by his wife's huge Arizona family who mourns his passing deeply. Larry was predeceased in death by his parents, his step-father Jack Day, and an infant son, Keith. Throughout his life he enjoyed many hobbies including hunting, sports, and cooking (he was a great cook and also knew his way around a dishwasher), as well as vacations and time spent with family. He was a very loving, committed and supportive husband and father who loved his family more than anything in the world. He had an extremely dry sense of humor and was fun to be around, and he was a person of integrity with a strong sense of values and ethics. Larry will be remembered forever in all of our hearts for the great guy that he was. Services for Larry were held at the Community Church of Buckeye. In lieu of flowers, please pay tribute to t hose who have served our country by kindly donating to The Homeless Veteran's Project, U.S. VETS-Phoenix, 3507 N. Central Ave. STE 200 Phoenix, AZ 85017. Or donations may be made on-line at https://www.usvetsinc.org/phoenix/ and click on the red "Make a Donation" button. There is an option to make a donation as a "Tribute Gift".
Published on December 5, 2019
To plant a tree in memory of Larry Ragsdale, please visit Tribute Store.

Plant a tree in memory
of Larry

A place to share condolences and memories.
The guestbook expires on March 04, 2020.