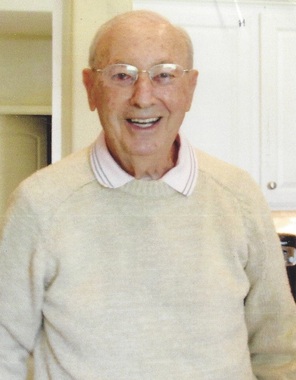 Back to James's story

The oldest of three children, Dr. Giangobbe was born November 26, 1928 in Syracuse, New York, to Anthony and Mary Giangobbe. He received his medical degree from New York State College of Medicine, Syracuse in 1956 and did his medical residency at Jersey City Medical Center from 1956 to 1958. After completing his training, Dr. Giangobbe served on active duty in the USAF and retired to the reserves at the rank of Captain. While stationed at Luke Air Force Base, he developed his love for Arizona where he would live the remainder of his life.

Dr. Giangobbe established his medical practice in the new westside community of Maryvale in 1962. Over the years, he held several leadership positions including Chief of Staff at Maryvale Samaritan Hospital and President of the Arizona Academy of Family Practice. After providing care to generations of families, Dr. "G" retired from patient care in 1992. Remaining active in medicine, he continued to work as a consultant for the Arizona Board of Medical Examiners until 2000 and served as a representative on the Arizona State Board of Health from 2008 to 2011.

An avid golfer, Dr. Giangobbe was a fixture at the Wigwam Country Club for decades. He enjoyed writing and had many published articles, novels, and songs. In his later years, he enjoyed lecturing to middle school students about the dangers of drugs and smoking.

Dr. Giangobbe is survived by his wife, Patricia; his two sons and their spouses, Mitchell and Kerry, Gregory and Doniel; and his grandchildren Emma, Katrina, Braydon, Kaitlin, and Ryan.

Per his wishes, a private family service will be held.

Plant a tree in memory
of James

A place to share condolences and memories.
The guestbook expires on March 03, 2020.