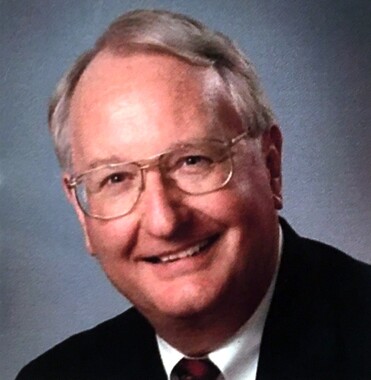 Back to Gary's story

Gary C. Mathews of Goodyear, Arizona, passed away at his home on November 29, 2019, at the age of 75. Gary was born on April 2, 1944, in Kansas City, Missouri, to Lester and Byrnece Mathews and grew up with his brothers Curt, Ron, and Keith. He graduated from North Kansas City High School in 1962 and in 1967 earned a Bachelor of Arts in Industrial Arts and later a Master of Arts in Education from Northwest Missouri State University, where he met his wife of 52 years, Margaret (Marge) Wunderlich. Gary taught Industrial Arts at Central High School in Kansas City, MO and Oak Park High School in North Kansas City, MO before serving honorably in the United States Naval Construction Battalions (Seabees-MCB10) in Vietnam from 1969 through 1970. Following his military service, Gary began a career as a sales and marketing executive with NCR (National Cash Register) Corporation, where he held positions in Grand Rapids, Michigan; Dayton, Ohio; Sacramento, California; Seoul, South Korea; and San Diego, California. He concluded his career with Teradata, at the time a part of NCR, in San Diego in 2007, after which he and Marge retired to Goodyear, Arizona.
Gary became an avid traveler during his career with NCR and instilled that enthusiasm in his family, with whom he visited places as far flung as Australia, Alaska, Hawaii, Eastern Europe, and South Africa. His curiosity guaranteed unique adventures during our travels and his warm and open personality ensured that he made friends wherever he visited. A vintage car enthusiast, sports and music fan, Gary spent his retirement traveling with Marge in the U.S., Caribbean, and Europe, visiting their children Erin and Justin in Washington, DC, cheering for his hometown Kansas City Chiefs and Royals and his adopted teams the San Diego Padres, the Phoenix D-backs, and University of Southern California Trojans, and enjoying music concerts and baseball spring training games. In addition to his wife and children, Gary is survived by his brothers Curt, of Jefferson City, Missouri, and Keith, of St. Joseph, Missouri.
A memorial service will be held on Friday, January 31, 2020, at 10:00am, at St. John Vianney Catholic Church in Goodyear, Arizona.
In lieu of flowers, please consider a donation in Gary's name to the Veterans of Foreign Wars (heroes.vfw.org) in honor of Gary's military service.
Published on January 15, 2020
To plant a tree in memory of Gary C. Mathews, please visit Tribute Store.

Plant a tree in memory
of Gary